Metallurgy is characterized as a method which is used in its purest form to extract metals. Minerals are recognised for the compositions of metals combined with water, calcareous, sand, and rocks. Metals are produced efficiently at low cost and with limited effort. Such minerals are called ores. A material that is applied to the furnace charge to absorb the gangue (impurities) is called flux. Metallurgy is associated with the phase of metal purification and the production of alloys.

Market Analysis: The global powder metallurgy market will grow at a CAGR of 3.4 percent to 10300 million dollars by 2025, up from 7850 million dollars in 2020. The market size for Powder Metallurgy was estimated using 2020 as the base year and 2021 to 2025 as the forecast period in this study. We believe that this industry is on the rise, and that the rate of increase in consumption will follow a smooth growth curve. Furthermore, the price fluctuates based on the state of the economy and worldwide competitiveness. In addition, the gross margin fluctuates. 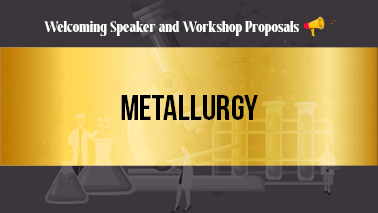