Every member of a class of substances that includes at least one metal-to-carbon bond in which the carbon is part of an organic group. Organometallic compounds comprise a very broad community of substances which have played a major role in the history of the chemistry research. They are commonly used as catalysts (substances which increase the rate of reactions without being consumed by themselves) and as intermediates in the laboratory and in industry. The class includes compounds such as ferrocene, a surprisingly stable compound which sandwiches an iron atom between two rings of hydrocarbons.

Market Analysis: During the projected period, the market for organometallics is expected to rise at a CAGR of over 4%. The increasing demand from the chemical sector, as well as the developing uses in the textile industry, are the primary factors driving the market's growth. On the other hand, the market's expansion is being hampered by unfavorable conditions caused by the COVID-19 outbreak. 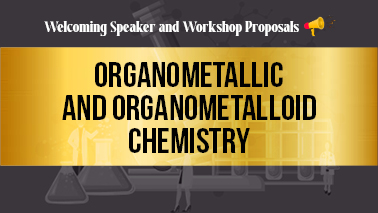